The next original clear idea that I wanted to bring to this show was the closing sequence.  The idea being: not to let the audience off the hook, I did not want them to feel comfortable with what they had just seen.

One of the last lines in the show is: "What you have lost will not be returned to you.  It will always be lost.  You're left with only your scars to mark the void.  All you can choose to do is to go on or not. [cast] Did that help (sound of a school bell)"

My idea for bringing the audience out of the play but not to leave the play was two fold.  First instead of a bell I changed it to an industrial mine buzzer.  The reason I did this was that when I was in middle school in Oregon we had these for our period bells and I had always found them terrifying.  So I went out to our universities mechanical supplier and acquired the exact same model that I remembered--A Federal Signal Model 380 blast proof buzzer.

I also wanted to add a moment of pause after the last line for effect so immediately after the final word three hart beats sounded then an automated light turned on in the booth (triggered from qLab) to signal the board operator to activate the buzzer practical for 10 seconds.  The second the heart beats sounded I had previously coordinated with the lighting designer to sync the lighting an sound consoles so that on the first heart beat, the lights would begin to fade out at a rate that within .5 seconds of the buzzer sounding the projections would start.

The final projections sequence was one of the most emotionally difficult projections sequences that I had ever designed.  Its purpose was to serve as a sort of memorial to those that have died in school shootings world wide.  It consisted of 2,356 names of the deceased dating back to 1952.  Since there is no comprehensive list of the victims, I had to do extensive research of incidents and police reports to ensure that this sequence was as accurate as possible.  This sequence, beginning with the buzzer sounding lasted over 20 minutes as the names scrolled over the set and the actors.  While the house lights turned on after about 50 seconds into the projection, we found that a majority of the audience would stick around in silence till the completion of the name list. 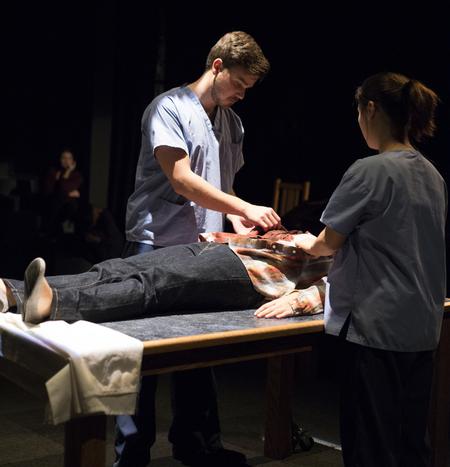 As the survivors of the school shooting depicted in the production try to pick up the pieces and move on, tensions arise in the form of blame, seemingly pitting a teenage girl against an entire nation. Where one Cassie Bernall-inspired voice becomes a martyr, the other becomes a pariah in a show of the complexities of human emotions and how society as a whole processes shooting rampages and the deaths of children on school grounds.

Then the sequence began (see below video).  Note that the video below was a simulation that I made in photoshop, qLab, and audition to present to the design team and cast so that they could get an idea how the projections and sound would work together with the set.  The final product only became more immersive.

We had decided that we did not want to play act the surgery sequences as it would distract from the chosen concept for the show.  Our solution for these sections of the play was to have the doctor / nurse characters exist in the scene observing and subtly miming the action of the script but the text itself was a voice over which I also added viscera ambience of a trauma surgery wing.

During the show the main character Caitlin has a flashback sequence of a moment in her life where she met the killer.

I wanted to make the soundscape for this scene haunting with notes of tension.  To create this sound I acquired 35' of 1/2" steel cable and a rusty pulley I have been carrying around--rigged the ends between a tree, my car, and a pivot point and added tension.  The sound that you hear is the 700% slowed down version of the cable "moaning" under tension.  At one point during this recording session the cable snapped and the resulting sound also found its way into the show. 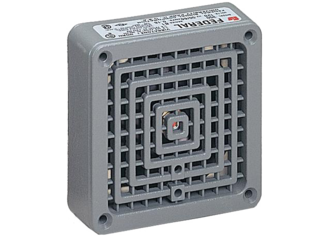 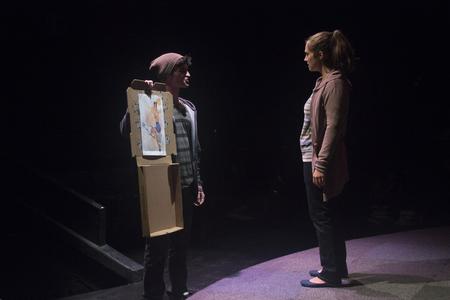 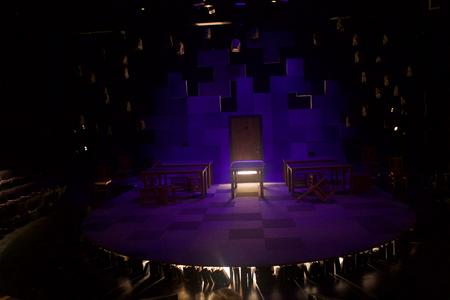 From the very first time that I read this play I had two very clear design ideas in my head that I wanted to bring to the production.  The first of which was the opening sequence--or the first 'pre-scene' that the audience would see at the beginning of the show.  Since the play began immediately after a school shooting I wanted to bring the audience to the emotional state of being in the same place as the characters in the show.  States of emotion that I tried to embody were: frenzy, emotional, panic, horror, terror, and the overwhelming state of the American media overload that always occurs immediately after a tragedy.  My idea was to combine the news cacophony of the tragedy combined with more and more reports about the tragedy.

The audience walked in to no preshow ambience or music and the play began with a normal announcement; stage fades to black with only the grate at the bottom of the door lit up.

If you want to see more of my work, browse my Portfolio.